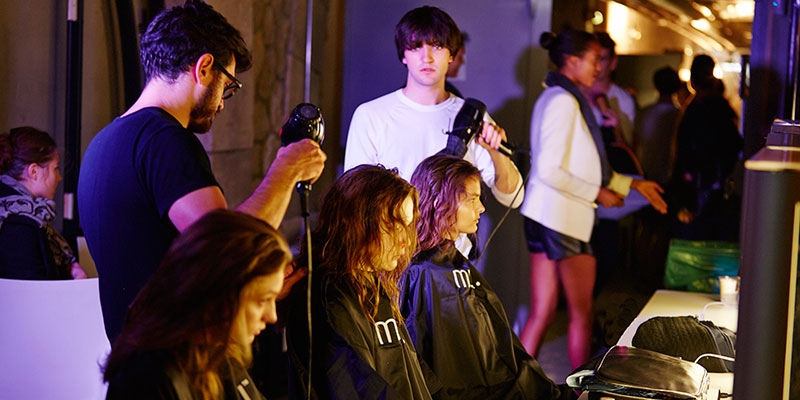 On Saturday 27th September, muk Haircare and Australian designer ELLERY reunited at Paris Fashion Week as she unveiled her Spring Summer 20115 collection, as part of the official off-schedule schedule for new comers in Paris.

muk Haircare was the official hair sponsor an and opportunity that Director Mark Gariglio couldn’t refuse. Mark says, “Paris Fashion Week is the most revered and watched fashion event around the world and is the perfect platform for muk Haircare to showcase the brand on a global scale. To the guests at the event who all received a muk product to take home, to the international backstage hairdressers using our product – it’s amazing exposure which is priceless.”

Designer Kym Ellery didn’t hesitate asking muk Haircare to come on board again. “I am so thrilled to be working with muk Haircare for our Paris Fashion Week collection show. This season our collection is inspired by sculptures, textures and tailoring. For our show I wanted the hair to have the same message as well as frame the looks with soft edges and clean lines. It is always about beautiful hair and this season we love how effortless it is.”

Hair Director Tina Outen from Streeters said “The hair direction was a juxtaposition of a graphic pulled back look with soft edges. The edge of the hair was pulled out so to softly frame the face. To get this look we used Beach muk Sea Salt Spray for the hair preparation of the hair, twisting it into a knot then finishing the edges of the hair around the hairline with Rough muk Forming Cream.”

ELLERY has become only the third Australian designer in the history of the prestigious ceremony invited to present, after Collette Dinnigan and Martin Grant. muk Haircare has supported ELLERY on all three occasions she has shown at Paris Fashion Week.