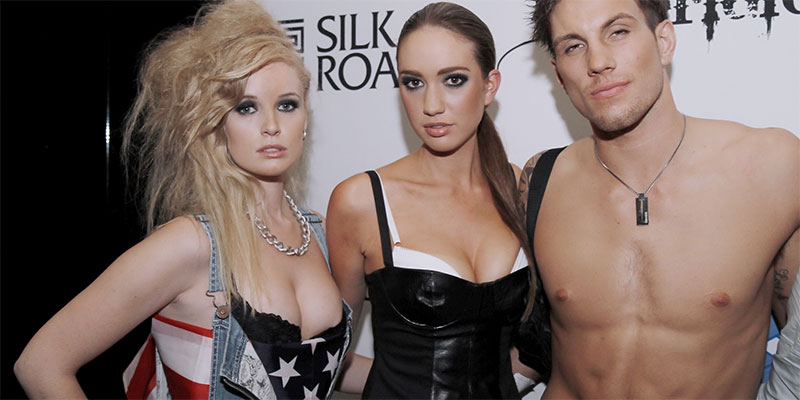 muk haircare launched successful LA-based women’s denim line ‘Gridlock denim’ into Australia on Friday 6 August. What makes this label so appealing is the concept that allows the design of the jeans to change by removing and swapping the back pockets. Hollywood Celebrities such as Kim Kardashian, Paris Hilton, Jessica Alba, Miley Cyrus and Courtney Cox have all picked up on the Gridlock denim trend. The launch was timed to coincide with Jeans for Genes Day, a major fundraiser of the Children’s Medical Research Institute (CMRI). CMRI is an independent organisation committed to unlocking the mysteries of genetic disease. The event featured a Gridlock denim runway show and entertainment including roaming dancers, actors and stage performances. Silk Road supported Jeans for Genes Day by selling merchandise in the venue, donating $10 from every ‘denim’ cocktail, and theming the venue in a denim concept. Staff and suppliers showed their support by wearing Jeans for Genes merchandise. Muk also supported Jeans for Genes by donating total proceeds minus wholesale cost from the sale of all of their merchandise on the night with the aim of raising over $20,000 in donations and proceeds for this very worthy cause.